Now a Swiss Champion, Siebatcheu sees a bright future at club level and with the USMNT

Most Popular - All Time

Is equal playing time important in the development of young players?

Equal game time is important in the development of young players

Coaching Perspective: That’s Not How I Learn

Innovating Dutch Youth Football: Are AZ Alkmaar and PSV changing the face of the game?

6 Reasons Why Soccer is not Popular in the United States

Can bio-banding be the future of youth development?

By any measure, Jordan Siebatcheu has had a great season. He has rediscovered his scoring touch, won a Swiss title, and earned his first caps with the U.S. national team. Now looking into the future, he will likely have options at the club level this summer while also hoping to remain with the U.S. team for the start of its World Cup qualifying campaign.

LAST YEAR WHEN the soccer world stopped due to the global COVID-19 pandemic, Jordan Siebatcheu faced a lot of questions about the direction of his career. He was entering his prime years as a player but was struggling for minutes at Rennes in France. He needed a change of scenery and it was critical that his next move be successful.

It was only in 2018 when Siebatacheu moved from Stade de Reims, where he was a star in Ligue 2, to Rennes for an eye-opening fee of just under $10 million. The next two seasons, however, yielded just over 1000 combined minutes of playing time and three goals in Ligue 1.

Fortunately for Siebatcheu, in 2020 he was able to secure a season-long loan to Swiss champions BSC Young Boys.

The start of his loan was not easy. While going through a period of adjustment, he also dealt with his own case of COVID-19. It wasn’t until mid-December when playing time took off and the goals came – in droves.

“First it was a new club, and a new country,” Siebatcheu told ASN through an interpreter. “Last season I didn’t play much plus there was COVID-19, I needed to get fit and I also needed to get to know my team. I needed time to adapt. When they gave me more time in December, I was able to play well. Soon, I was back at the level I know I can be.” 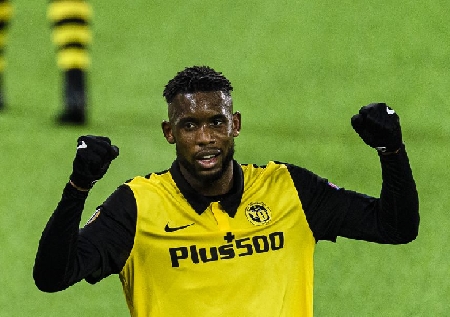 In consecutive games on December 19 and December 22, Siebatcheu scored back-to-back braces. Then on February 2, he scored a hat trick in Young Boy’s 4-1 win over Zurich.

For Siebatcheu, who turned 25 on Monday, his best moments came in late February in the Europa League in a knockout round against a top-6 Bundesliga club in Bayer Leverkusen. It was a bigger test than the Swiss Super League, and Siebatcheu passed with flying colors.

Against Bayer Leverkusen, Young Boys was dominant in both legs winning 4-3 at home and then 2-0 in Germany for a 6-3 aggregate victory. Siebatcheu scored three times and was the best player of the tie.

No fans, no history, no credit – City jibes are desperate nonsense

Brazil’s prince and king of ’58

Gary Lineker is not only BBC man with an opinion

UEFA has issues with CL switch to London, Porto a backup

Saturday takeaways: What we learned from Week 4’s MLS action

How Can You Help Develop Skillful Players?